A Game Changer in
Antibacterial Drugs

Endolysin is recognized as a solution to the uprising superbugs problem due to its unique ability to specifically lyse the peptidoglycan layer of bacterial cell walls, resulting in cell death. Natural endolysin possess a wide range of applications.

However, through long-time research, iNtRON has found that the application of various technologies such as bioinformatics, protein chemistry, protein engineering, molecular modeling, and bioengineering can enhance functions and existing properties to endolysin.

Combining endolysin properties and these technologies can lead to the development of candidates with higher activity, stability, and performance in the human body.

Approximately 965,000 cases of infections are caused by gram-negative bacteria in the United States every year.
Even though innovative drug development is urgently needed, there is no appropriate treatment alternative against gram negative superbugs. Resistance to antimicrobials is a growing crisis in clinical medicine. In 2017, the WHO published a list of bacteria where new antibiotics to tackle them are needed urgently and grouped them according to their priority as critical, high, and medium

GN200 series show rapid killing of bacteria while preserving normal microflora of the host, and there is unlikely probability of developing resistance.It can also be applied as an effective tool to treat bacterial colony growth called biofilm.

GN200 series is a high-performance, gram-negative, bacteria-targeted, endolysin drug overcoming the existing orthodoxy that endolysin is not effective for bacterial treatment. GN200 has a mechanism of action in which iNtRON's patented material attached to the endolysin penetrates the cell membrane and LPS layer of bacteria, where then the endolysin hydrolyzes the peptidoglycan layer of the gram-negative bacteria (under "Horse and Wagon Theory").

GN200 series is expected to have great value as an innovative new drug. 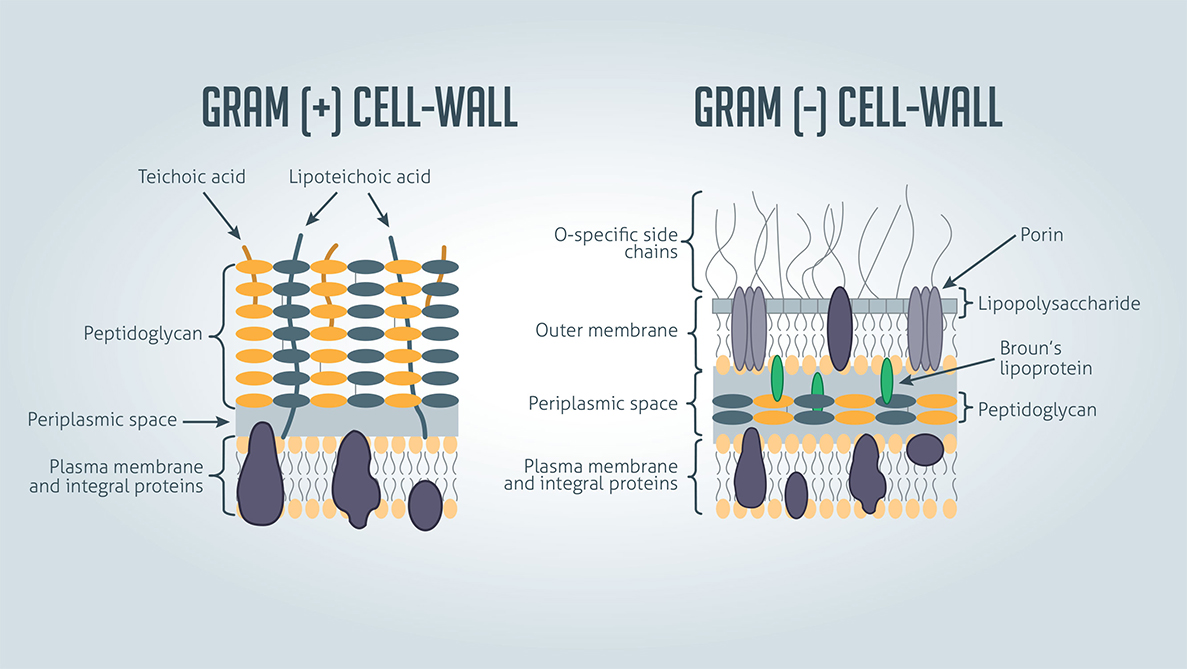 As the first endolysin bio-drug of iNtRON, SAL200 was developed by utilizing genetic information of bacteriophage, which specifically infects Staphylococcus aureus, and applying genetic engineering and biotechnology. SAL200 has excellent therapeutic effects against antibiotic resistant S. aureus (MRSA, VRSA, VISA) which is the most problematic infectious disease, and it has strong and rapid bactericidal activity.

The SAL200 clinical trial has great significance in that it was the world's first clinical trial of an endolysin-based drug. Solving various difficulties, iNtRON finally made a license deal for SAL200. We will support global clinical trials of SAL200 and actively promote additional license deals for various endolysin pipelines. We will do our best until the endolysin drugs are successfully launched in the market and grow as a blockbuster that can treat many patients suffering from life-threatening infections.

TM_SAL200 is an endolysin developed to be administered topically, unlike the systemic administration of SAL200.

iNtRON has secured the application formulation as topical administration for skin infections through joint development with a U.S. based CDMO company specialized in formulation development.

Other itLysin® Pipelines for Gram(+) Bacteria

We have many other itLysin® Pipelines for Gram (+) bacteria including BAL200, CDL200, and EFL200 as follows.

We are developing Drug Formulation suitable for each bacterial infection site.

For example, Clostridioides is a bacterium that causes infection of the large intestine (colon). Symptoms can range from diarrhea to life-threatening damage to the colon. For these reasons, we need itLysin® specific formulation for colon including capsules.

Like this, we are developing itLysin® Specific formulations with several companies. 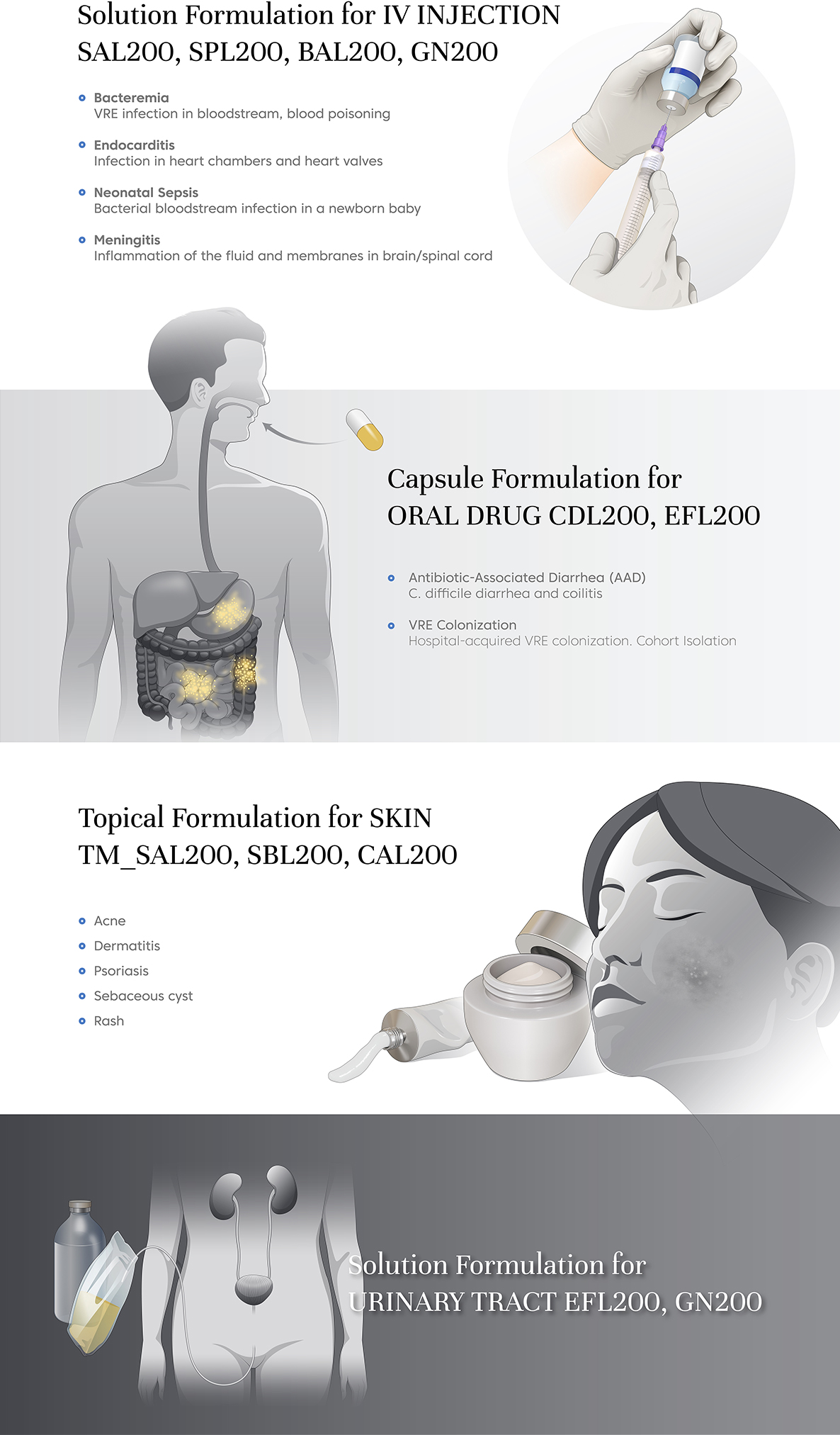